We’ll be back at it this summer! We will be working on three Saturday morning trout habitat improvement projects on July 24th, July 31st, and August 7th.  We scheduled three dates hoping more volunteers will be able to fit at least one into their busy summer schedules.  This year, we’re returning to the Brule headwaters for maintenance work on spawning sites on the East and West Forks of the Brule.  We’ll also spend one of the days on Beaupre Spring’s west tributary.  On the East Fork, we’re planning to cut alder and willow to assist natural spruce growth along the stream. We’ll also improve some existing spawning habitat.  On the West Fork, we’ll re-block a side channel that is diverting water around two downstream spawning habitat areas off County Hwy P that the Club created in 1996.  At Beaupre’s West Fork, we’ll remove alder and willow encroaching on two portions of the channel between the old beaver pond footprints. We’ll also suppress willow and grass growth around young evergreens that are beginning to revegetate the old beaver pond footprints.

We’re asking volunteers to meet at the Upper St. Croix boat landing at 9AM each Saturday (landing is located on the Northeast end of the lake just off County Hwy A).  From there, we’ll drive to the various project locations.  After a mornings work, we’ll return to the landing to enjoy a Club prepared lunch. 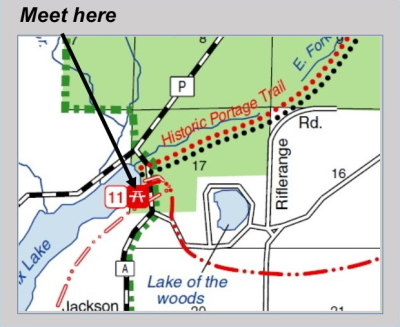